Back to all posts

The Invigorating Sounds of Piel 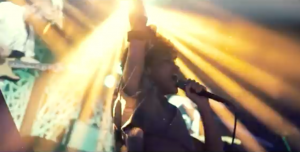 I was introduced to the invigorating sounds of Piel at a Hunnypot show in 2015.

When I heard songs, such as “C.O.A.T” and “Babble On,” I was struck by the fact that I couldn’t easily categorize the band’s sound, which is a good thing. It had elements of rock, EDM and wisps of R&B – not a combination you hear very often. Still, the songs had a commercial radio quality to them, which could easily lead to surefire hits.

I also thought to myself that this band should be signed to a label and marketed to modern rock radio. Not working with any labels at the time, there wasn’t an opportunity to get them a deal.

I continued to stay in touch over the next few years with lead singer, Tiki Lewis and bassist, Jawnee Danger, the founders of the group. From time to time, I would check out their live show.

Fast forward to last year, the band had already played Ukraine to enthusiastic audiences (made possible by guitarist Yegor Mytrofanov) and nabbing some opening slots for acts, such as 311 and Dhani Harrison. Piel also picked up some specialty airplay on KROQ (“Rodney on the ROQ”), Indie 103.1 (Darren Revell), KNNN in Redding, CA “Hella Radio,” (Jesse Angelo) and Internet radio inside and outside the U.S. Still, no solid bites from labels.

I decided to try and move things forward for the band after a show at Molly Malone’s by connecting them with producer, Cisco De Luna (who is also a Cadium Music writer), to see what Tiki, Jawnee and Cisco might be able to come up with in the studio. De Luna took some pre-existing, but unreleased demos and produced them, elevating the tracks to what is now a commercially viable album. Songs, such as “Easy As It Feels” and “The Sound” are future hits and radio re-currents. The recordings, hopefully, will be made available to the public this year. 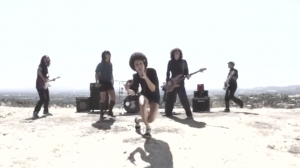 WHERE THINGS ARE AT

As of this writing, L.A. radio continues to support Piel (KCRW’s Valida is a fan and has played the band on her show) and a video for “Easy As It Feels,” is in production, directed by British actors Adam Fielding and Poppy Lee Friar. The band have been nominated for NPR’s Tiny Desk.

And fans in Ukraine can’t wait for the band to return.

The post The Invigorating Sounds of Piel appeared first on Cadium - Music Publishing.